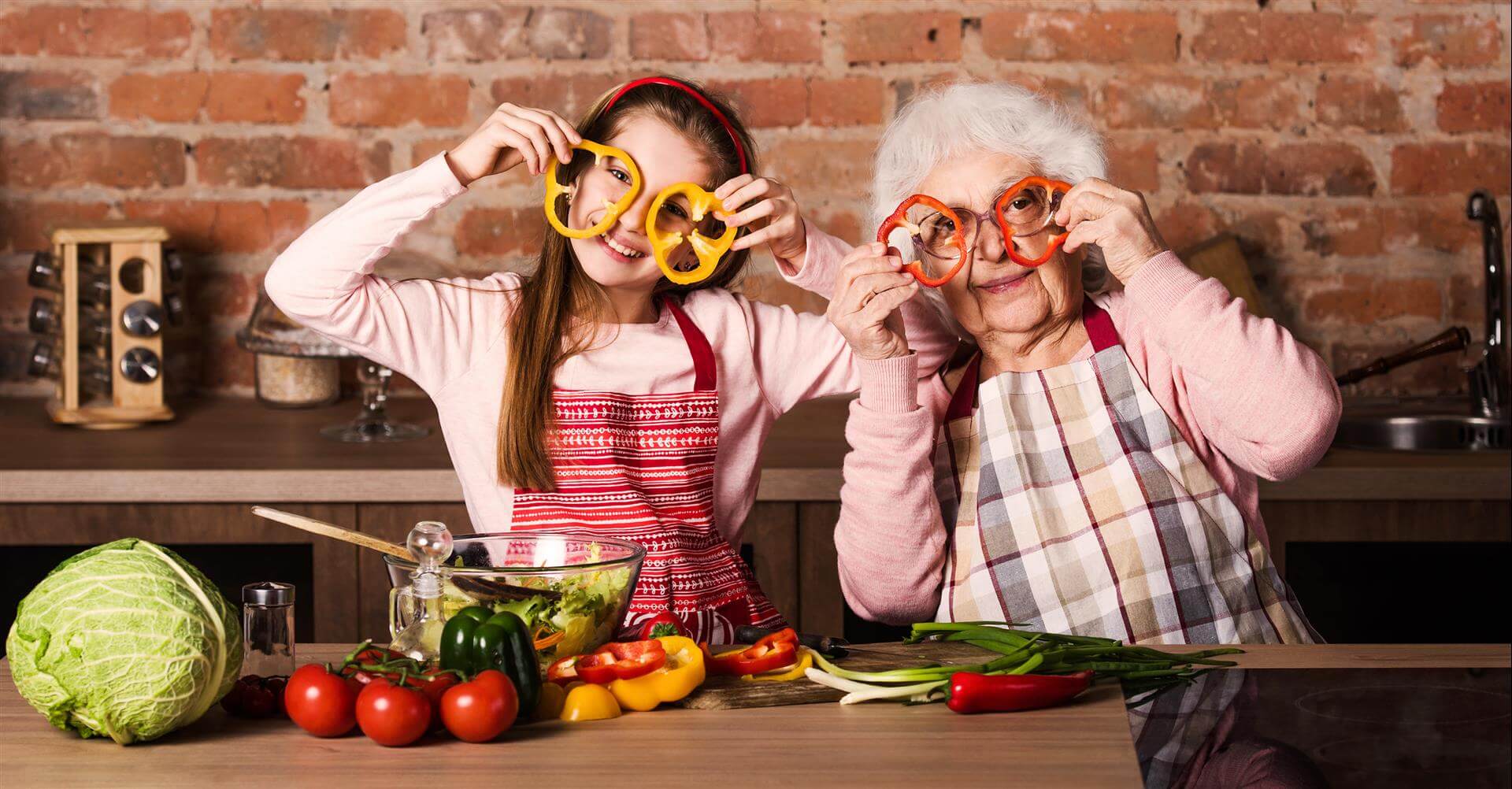 Norma Kester, director of dining services, shared this fond Thanksgiving memory and family favorite recipe. “When my daughter and son in-law were first married, we had always had our standard Thanksgiving dinner, which included green bean casserole. And he was not a fan of green beans. So, with his being new to the family, I decided to try adding a corn casserole to our Thanksgiving dinner, and it was such a hit we have included it each year. We decided he was a keeper and so was the corn casserole. They have now been married 25 years.”

1. Preheat oven to 350*. In a bowl, mix cornstarch and water until smooth.

2. In a bowl, whisk eggs, milk, pepper and the remaining sugar and salt until blended. Stir in bread, onion and corn mixture. Transfer to a greased 8 in.-square or 11/2 –qt. baking dish.

Stephanie Oehlert, director of marketing for assisted living and healthcare shared her Thanksgiving memories and this popular dessert recipe with her family and friends.

“We always loved Thanksgiving at my Grandma Ruthie's house. She always had such wonderful food, and no one ever went hungry. But I did learn pretty early on that she was actually not a fan of baking. She loved desserts, but she was very happy to order pies from Tippins. We would go to Tippins often for lunch, and we always made sure to make room for pie. The Dixie pie was our absolute favorite. I always told her I was going to try to figure out how to make that pie. I finally came pretty close. So, now every year, I make that pie and always think of my Grandma Ruthie.”

“I do have to share another funny memory. When I was trying to figure out how to make Dixie pie, in one of the first years I tried making the Dixie pie recipe, I did not have the best result. It is a lot like pecan pie, but with walnuts and chocolate instead of pecans. It cooks in the oven until set and then you take it out to cool. It had cooked for the amount of time it was supposed to, but it was still very soupy. There were several other things cooking in the oven, so I thought it just needed to cook longer. I cooked it for another 15 minutes, but it still wasn't set. I tried another 20 minutes and it finally seemed to be setting. I let it cook another 10 min just to be sure. When it cooled it was solid as a rock! We could not even get a knife in it to cut it. A friend of mine was determined to eat it, and took the whole pie out of the plate and broke it off in chunks. He said it was like very thick walnut chocolate brittle! He did ask if I put quick-set grout in it. I realized later I had forgotten to put the eggs in it. So, I definitely advise remembering the eggs; they are an important ingredient!”

Combine the first five ingredients and mix well, spread chocolate chips on bottom of crust and pour filling over them. Bake at 350 degrees F for 45 minutes.

Posted on
October 26, 2019
by
Cindy PMMA
filled under
Employees
Holidays
« Back to Blog