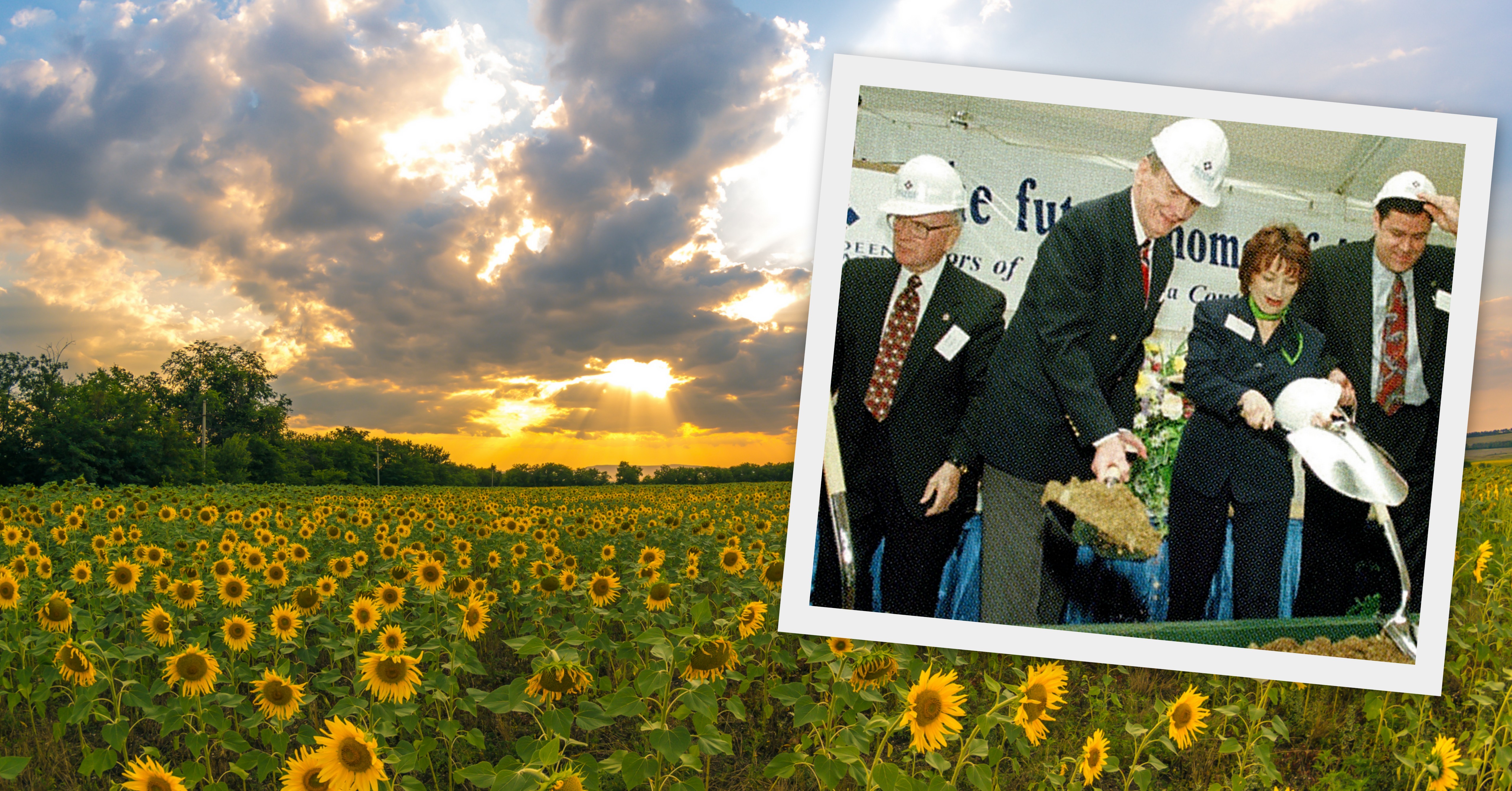 In the dawn of the 1940s, a young minister ventured out to the rural areas west of Kansas City to spread the word about a new church coming to the area.

For a year, Bob Meneilly went door to door, visiting with people in the growing suburban areas, slowly building a new congregation. On Feb. 13, 1949, Village Church held its first Sunday worship service, with 282 charter members gathering inside the chapel.

For the next 45 years, “Dr. Bob” continued to shepherd the Village Church to not only grow in size, but to grow in its faith and outward demonstration of Jesus’ love for others.

Bob passed away peacefully on July 20, 2021, in the company of his children. A memorial service was held on July 30 at Village Presbyterian Church.

“I think the mission is to get God’s love out into the world,” Dr. Bob once wrote. “God’s work isn’t done so much in the church as out beyond the church. And we’ve got to be the avenues and instruments of love where people are hurting — whether they’re socially hurting or physically hurting or spiritually hurting.”

After his retirement. Dr. Bob focused his efforts on a new ministry: building a Christian-based retirement community to care for residents of any faith. From that vision emerged Aberdeen Village, a thriving community built on the foundation of care based on Christian principles.

After five years of work with leaders of PMMA (Presbyterian Manors of Mid-America®), that vision became a reality with the Aberdeen Village groundbreaking in March 2000.

Dr. Bob recognized the distinct difference between a house and a home. He sought to ensure Aberdeen Village was a welcoming home to all its residents. Designed with an attractive social setting and a leisurely lifestyle, Aberdeen Village allows every individual to participate in activities, pursue friendships, try different hobbies, and travel on new adventures ¬— all with the built-in support of a caring staff.

Throughout his life of service, Dr. Bob carried his faith across the country and the world.

During the civil rights movement of the 1960s, he invited African American families to join the congregation and encouraged others to do the same. In 1972, he was selected to be part of the Paris Peace Talks, an experience that compelled him to write “Who cares enough to want peace?” which sought to humanize the Viet Cong after the Vietnam War.

In 1993, he penned a sermon and op-ed piece for the New York Times titled “The dangers of religion.” His ideas helped launch the Mainstream Coalition in 1993, for which he served as chair.

Dr. Bob also served on numerous boards and received many distinguished awards throughout his lifetime. But his lasting legacy remains the influence he left on the Village Presbyterian Church and those who learned and grew their faith under his leadership.

“He knew that his job was to give the congregation a word from God, and he was always well prepared because he studied scripture carefully and he paid attention to events in the news,” former Kansas City Star columnist Bill Tammeus said. “So, although he was never arrogant about his task, he was nothing but confident in his sermons. Beyond that, he practiced what he preached.”

Posted on
September 24, 2021
by
filled under
Giving
Volunteers
« Back to Blog