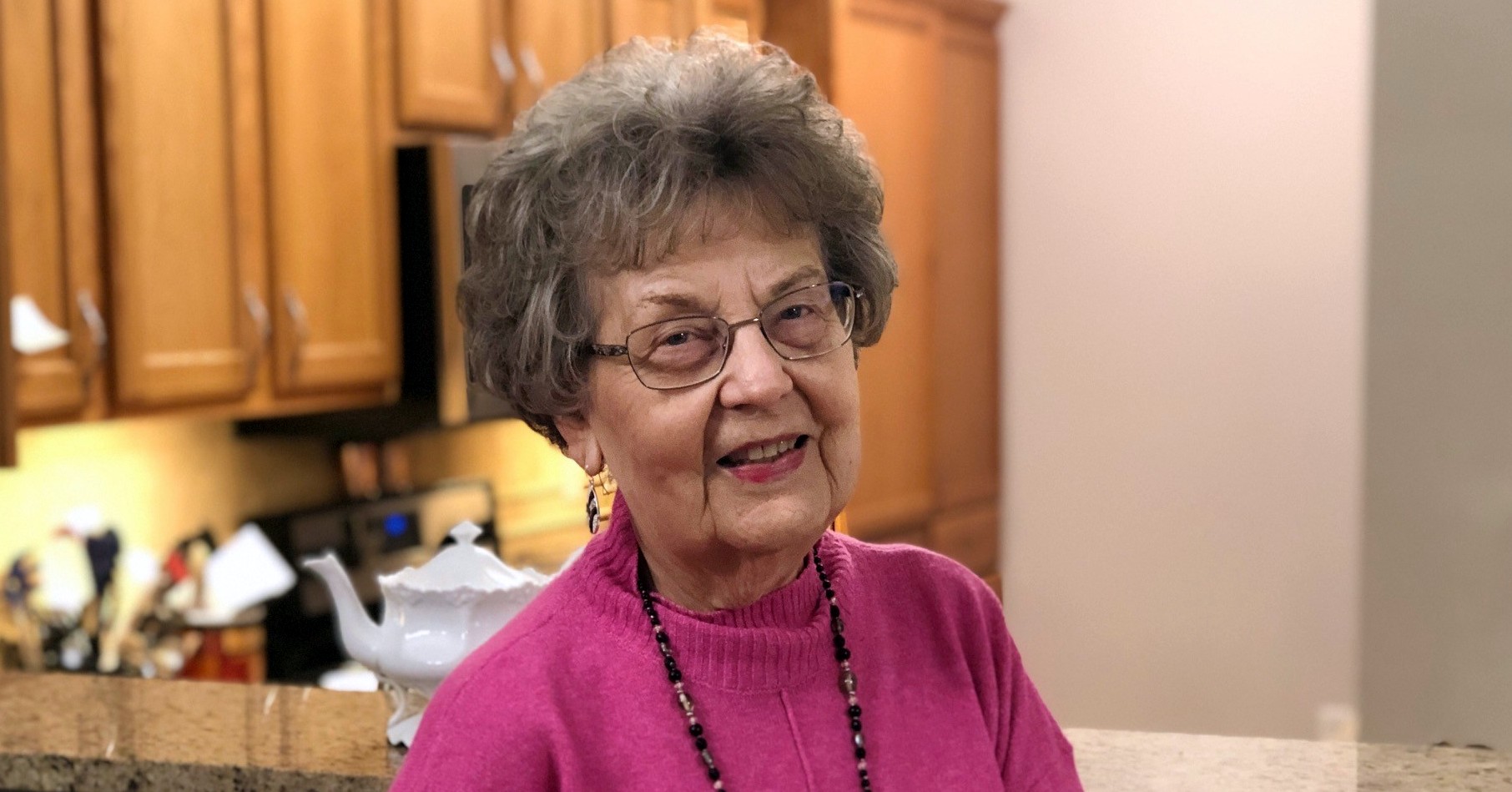 Janet Elliott isn’t a big fan of letting moss grow. Just one glimpse at her monthly planner and one will understand. There are her regular canasta games each Thursday and every other Monday, bowling on Tuesdays, and of course regular engagements with friends and her PEO sisters. If there’s one thing she enjoys, it’s being on the move.

This time last year, a move to Aberdeen Village was the last thing on her mind. She was busy enjoying her busy life in her Olathe-area home. However, last fall, her daughter and daughter’s mother-in-law approached her about exploring different retirement living options. That’s what led her to Aberdeen Village.

“I’d always heard good things about Aberdeen Village, and it was very close to my family,” Janet said.

She’d heard some of those good things from her friend and Aberdeen Village resident Rosella Fischer. Janet and Rosella didn’t grow up in the same town or go to college together; they met in an RV park in Apache Junction, Ariz. Both spent winters there after retirement.

“Rosella was the director of the park’s choir, and I sang in the choir,” said Janet. “We discovered that we both had kids in Olathe, and kind of hit it off there.”

At the time Janet was still living in Washington, Kan., the town she had called home for more than 50 years. She’s originally from North Dakota, but left home to attend Westmar University, a Christian institution in La Mars, Iowa. It was there she met Wayne, the man who would become her husband. A few years after college, they started a life together on Wayne’s family farm.

“Wayne came from a farming family, but he was very interested in teaching,” said Janet. “He worked his way from an elementary teacher, to a secondary teacher, to a principal and then eventually superintendent. He was a wonderful teacher, and many of his students went on to great careers.”

All the while, the family also farmed. Tragically, Wayne died in a farming accident when he was just 47 years old. After Wayne’s death, with a 14-year-old daughter to care for, Janet moved from the family farm into Washington.

Janet built a career at the First National Bank of Washington. She worked her way up to officer, and retired after more than 40 years of service.

In retirement, Janet enjoyed a busy life in Washington, but was eventually drawn to Olathe by her two wonderful granddaughters. They were three and five when she moved here, and both are now teenagers.

Her friend Rosella had also made the move to be closer to her family, and the two would often get together for breakfast at McDonald’s. Rosella and her husband eventually moved to Aberdeen Village.

“Rosella had me over for lunch, and then back for dinner,” said Janet. “It was also close to my family, so I knew I would be able to see them often.”

When she made the decision to move to Aberdeen Village, her daughter Mari Jo took the reins.

“She helped pick the paint and the flooring, she helped me find furniture and picked out the bed spreads,” Janet said. “Everything I wanted to bring from home fit, too, and that really meant a lot to me.”

The move was a big change for her, and she is still adjusting, but she has found the move to be a great fit for her lifestyle.

“I like the privacy,” she said. “I’m able to meet and socialize with new people, but also enjoy time to myself when I want.”

In just her few months here, she has become a regular at the morning exercise class and has developed bonds with several people. Like most Aberdeen residents, she’s a big fan of the dining program, too.

“I really enjoy the variety,” Janet said. “Even if it’s not on the menu, they’ll bend over backwards to please you.”

She’s also enjoyed the close proximity to her family.

“My daughter and son-in-law pick me up for church on Sundays, and they’ve all been able to come and have brunch with me afterwards,” she said. “My granddaughters can be picky eaters, and they’ve even been pleased with the food.”

“I’m a firm believer that God had His hand in this,” Janet said. “I haven’t seen it yet, but I know I will.”

If you see Janet coming-and-going, be sure to say hello — especially if you’re interested in a good canasta game.

Welcome to the family, Janet!

Posted on
March 5, 2020
by
Cindy PMMA
filled under
Residents
« Back to Blog