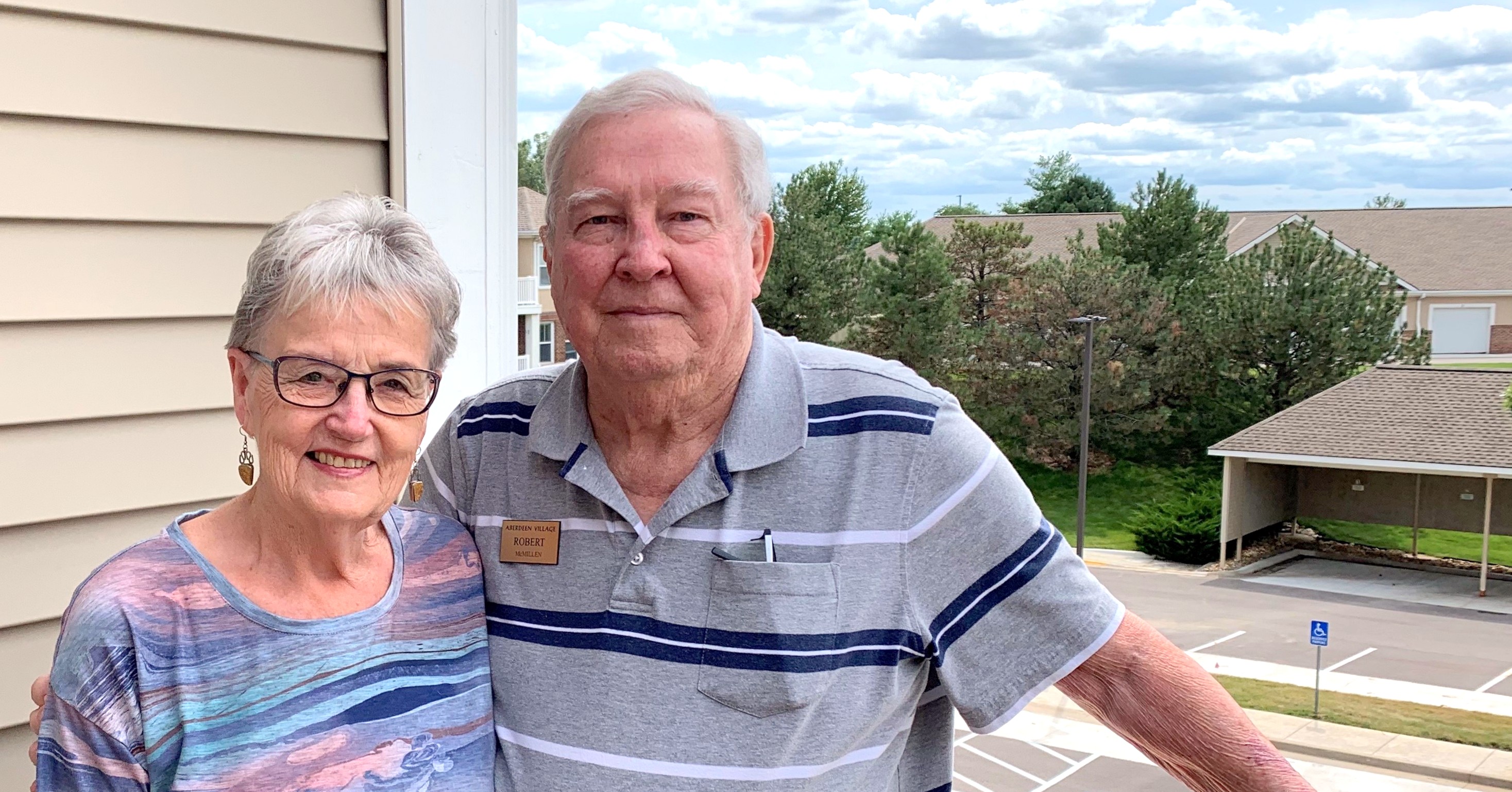 McMillens settling in despite pandemic challenges

When Carol and Bob McMillen joined the Aberdeen Village family, they knew they’d have to leave some things behind and start fresh in decorating their new apartment.

What they didn’t know was that a global pandemic would make something as simple as a trip to a nearby store all but impossible. The couple moved into Aberdeen Village in mid-March, just as the number of COVID-19 cases began to grow exponentially, resulting in shutdowns and travel restrictions.

“My intention was to go to stores when I got here,” Carol said. “But I had to make due with what I brought.”

Despite a few gaps in their décor, the couple said their first few months in Aberdeen Village have been enjoyable and productive.

“I’ve made five quilts in the four months since we’ve been here,” Carol said.

Bob and Carol lived in Wichita for the past 15 years, which is also where they raised their children in the 1960s. In between, they enjoyed life on the open road, travelling across the central and western United States.

“At the time our daughter lived in the Seattle area, so we would go there, and in the fall we’d go to Arizona,” Bob said. “From the time it was cool enough to go and to the time it was too hot to stay. Then we would come back through Kansas.”

Carol said the path through the central United States would lead to an annual visit to family in South Dakota.

“We also had a special route along the coast of Oregon,” Carol said. It featured some nice RV parks and a spectacular view of the Pacific coastline.

When the couple looked at settling down, the decision to settle in the Kansas City area — and at Aberdeen Village — was an easy one.

“We have a daughter and son-in-law that live here in KC,” Bob said. “There’s a Presbyterian Manor in Wichita that we considered, but since our daughter is here, it’s easier for her.”

That’s also been helpful in filling those temporary decorating needs.

“She’ll bring us things to the door and leave it, and then someone can bring it in to us,” Carol said.

Carol and Bob said their move to Aberdeen Village was easier than they expected when they loaded up a U-Haul in Wichita.

“I was kind of amazed at how those guys could unload that truck and get it up here to the third floor,” Bob said. “The people doing the unloading were recommended by the Village. They knew what they were doing and how to get it done.”

Additionally, the staff have been friendly and helpful throughout the entire process.

“We’ve had good interactions with all of them,” Carol said. “We’ve got to know most of them, including Tim who is the director. The maintenance people have been very helpful.”

They also like their apartment, which Carol commented was “totally refurbished before we moved in.”

Even though their time on the road has slowed, the couple remains active and in good health. Carol, who is 85, said she walks 30 minutes at least three times a week, with shorter walks in between. Bob, 86, joins a group for coffee in the mornings. He enjoys the chance to interact with others – something he wasn’t getting much of before the move to Aberdeen Village.

If you get the chance, say “hi” to Bob and Carol, and welcome them to our neighborhood.