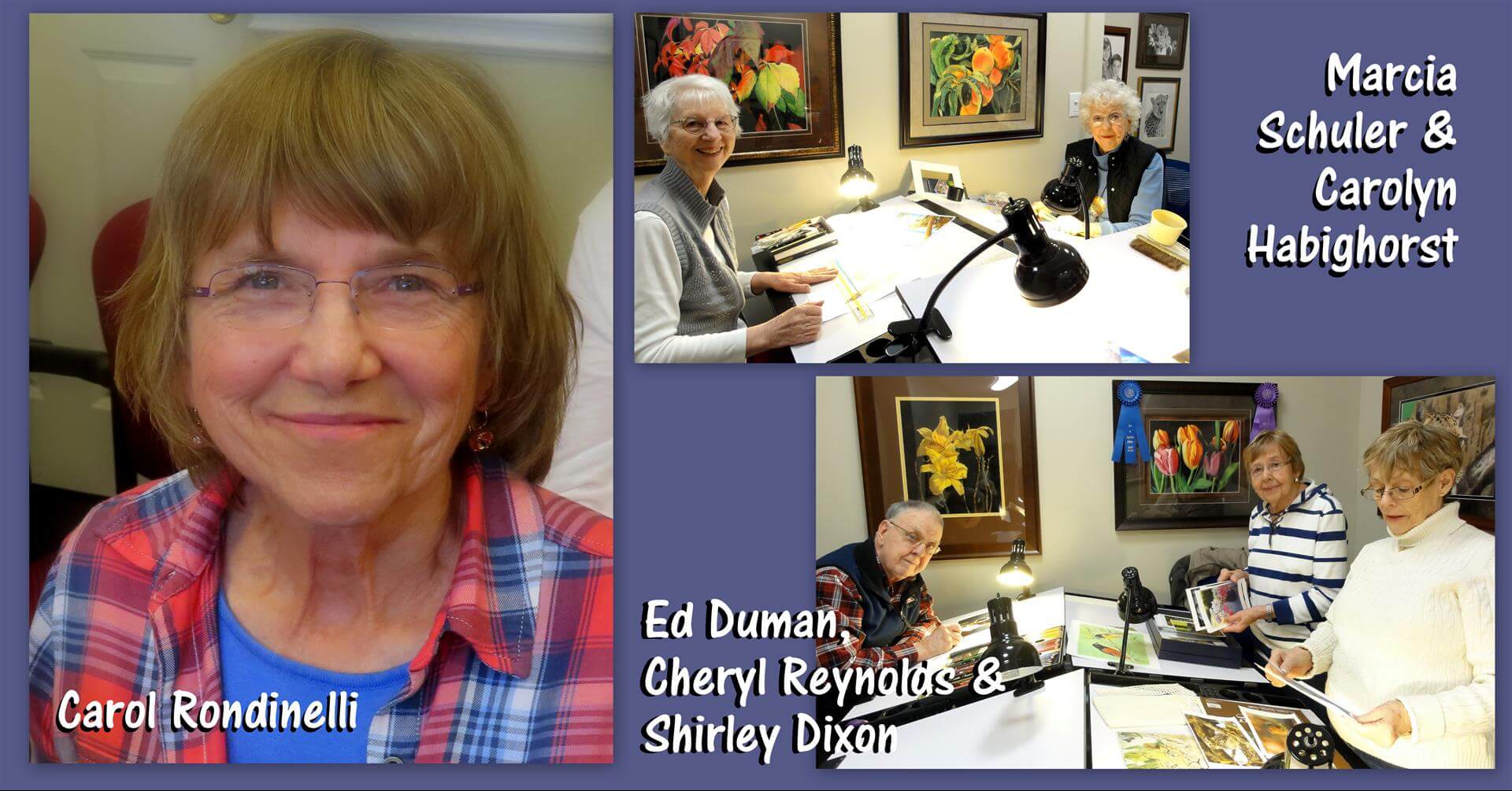 Art teacher’s students learn to appreciate art - and each other

Over the past seven years, students in Carol Rondinelli's art class at Aberdeen Village have gained much more than painting and drawing skills.

Through creating and competing together, they have gotten to know and respect each other, built strong friendships and discovered that they’re all artists at heart.

It all started with Carol contacting Aberdeen Village in 2012 to ask for a job. She had spent nearly four decades honing her art skills and studying under accomplished artists, but besides doing some volunteer teaching, she had never pursued a paid position as an art instructor.

One day, she got up the nerve and asked.

“I’ve studied art for 40 years,” Carol said, “and always thought it would be fun to teach but didn’t pursue it. I decided to try to turn it into my job. I spoke to Aberdeen, and they hired me on the spot. I give God credit for that opportunity!”

At the time, Carol knew what a life-enhancing activity the class would be for her students. She didn’t know how much it would enhance her life as well.

Through the years, Carol said the class has focused on studying the “old masters techniques,” starting with an initial line drawing and then, rendering the art into a realism 3D appearance. Students have worked together to create pieces for local displays and to enter in Aberdeen Village’s annual Art is Ageless® contest.

At times, the class has held sessions outside the Aberdeen Village community.

“One time, I had them come out to my home art studio for the lesson,” Carol said. “We had individual art tables and lights, which they really enjoyed. They asked if they could do that once a year, and I told them ‘sure!’.”

Conversations between class members go beyond art discussions. Carol said students have talked about their pasts, and she’s heard some rather remarkable stories.

“One man has been on the team that designed and constructed the very first Air Force One,” Carol said. “One man had driven General Patton throughout World War II in Europe. We had a pastor and several school teachers, and they all have interesting stories to share!”

The class has allowed students to develop a passion for art -- and an affinity for their instructor. That was apparent when Carol went through the heart wrenching experience of losing her husband.

“When my husband passed, they all hopped on the bus and came to the memorial, which warmed my heart,” Carol said. “When I returned to class a week later, they all gave me a standing ovation.”

Carol has also developed an affinity for her students.

“I really love these people,” she said. “I think their generation was and is the best ever. I love my friendships with the students.”

Posted on
July 15, 2019
by
Cindy PMMA
filled under
Residents
Art is Ageless
« Back to Blog